Thinking about getting into the greatest dice game on earth, but not sure where to start? You’re in the right place! This is the third in a series of articles aimed at helping DM beginners get up to speed as quickly as possible. Each article looks at a bite-sized chunk of the rules, and is accompanied by one or more videos.

In the first article, we learned that there are two types of card in Dice Masters – Characters and Actions. So far, we’ve concentrated mainly on Characters: buying them, fielding them and attacking (and defending) with them. This time, we will turn the spotlight on Actions, and also look at the excitingly named Global Abilities and the mysterious Priority. If you’re just starting out and you haven’t read the first two parts yet, I strongly recommend you check them out!

Before we get into the new stuff, let’s just do a bit of revision. In the last article, we took a pretty detailed look at the different stages of a turn and introduced the Die Cycle, and then I asked you in which step of the cycle each of these charmers might KO a character:

Check out this video summary of the Die Cycle and make a note of the answers:

Got it? Beta Ray Bill – The Attack Step (4), specifically when Bill is declared as an attacker (and before blockers are declared). Static – Most likely the Roll and Reroll Step of your opponent (2), though there are other possibilities. There are action dice, for example, which allow you to draw and roll two dice, which would trigger an opposing Static (so either Main Step (3) or in the Attack Step (4), after blockers are assigned). Sentinel – With very few exceptions (Rare Collector, I’m looking at you) fielding always happens in the Main Step (3). Lockjaw – Your opponent’s Clear and Draw Step (1). Interestingly, any dice KO’d by this effect would not be rolled immediately, but would have to sit in Prep until your opponent’s next turn (because to be added to the Roll, dice must have started the turn in Prep).

How did you do? OK, on with the show! Here is the next part of the demo game Zack and I have been playing. Watch carefully, and answer this question: in which steps can you use Action Dice and Global Abilities? And then read on to check your answers.

In Part 1, we learned that Actions represent objects or events, and come in two sub-species. Each player brings 2 Basic Action Cards (BACs). They may also have one or more regular, (non-basic) Action Cards on their 8-card team. What’s more, either of these two sub-species may bear the keyword Continuous, which we’ll come to shortly:

Action Dice are bought from their cards just like characters, with the proviso that all Basic Action dice are available to both players, and do not require a specific energy type. When you draw an Action Die from your bag and subsequently roll it, it may land on an Energy Face or an Action Face:

Energy can of course be used for things like buying more stuff, fielding characters or paying for Global Abilities (we’ll get there shortly). But if you rolled an Action Face, you get to use the action die in one of two windows: in your Main Step (amongst your buying and fielding) or in your Attack Step (after blockers are assigned, but before damage resolves). It does not cost any energy to use any type of Action Die.

Most Action Dice are used by carrying out the directions on their card (including any instructions specific to the single/double burst symbol, if you have rolled one of those faces) and moving them Out of Play (they will go to the Used Pile at the end of your turn).

In contrast, Continuous Action Dice are used by moving them to the Field Zone, where they will remain and provide an effect, or allow you to gain an effect at a later time by sending them to Out of Play/Used Pile (depending whether you do it on your turn or your opponent’s). Note that only the initial ‘fielding’ is considered ‘using’ the Continuous Action Die for game effects, not the ongoing effect or subsequent ‘activation’ of its effect from the Field Zone.

Any Action Dice which you do not use during your turn go to the Used Pile during the Clean Up Step – you may not keep them beyond the end of your turn (though Continuous Action Dice may of course remain in the field).

The cards below have some red(dish) text at the bottom starting with GLOBAL. These are Global Abilities (Globals, for short): game effects which are available to both players, whether or not a die from that card is in the Field Zone. Although you may never buy dice from your opponent’s cards, any globals printed there are available for you to use, just as those on your cards are available to your opponent.

According to the newly updated rulebook, ‘there are three types of Global Abilities: Unlimited, Limited, and Reactive. Unlimited globals may be used as many times as you can pay the cost for them, while Limited globals will state in their text how often they may be used (once per turn, only on your turn, during the Main Step, etc.)… If both you and your opponent brought the same Limited Global Ability, they may each be used separately (since your cards and your opponent’s are always considered different)’.

The windows for using Unlimited and Limited Globals are the same as for Action Dice – in the Main Step, and in the Attack Step after blockers are assigned, but before damage resolves. However, unlike Action Dice, Globals can potentially be used both on your own turn and your opponent’s (unless their limitation specifies otherwise).

Reactive Globals are a bit different. They ‘specify that they can only be used “When” something happens – usually when you or one of your dice take damage. When these triggers happen, you must decide immediately if you want to (and are able to) pay for the Global Ability, and if you do so it takes place immediately (potentially preventing or redirecting the damage). These Global Abilities may be played outside of the normal windows, but only when the appropriate trigger happens‘.

When you want to use a Global Abillity, you pay its specified energy cost, moving the die or dice used to pay that cost Out of Play (on your turn) or directly to the Used Pile (on your opponent’s turn). As with other purchases, ? energy can be spent as any symbol to match the energy type requirement, and you can partially spend energy by spinning down a double-energy face to a single-energy face. The active player (whose turn it is) always has the option to use Global Abilities first.

So, in your Main Step, as well as buying dice and fielding characters, you can also use Globals and Action Dice, and you need to give your opponent a chance to use Globals, using any energy they have saved from their own turn. The same is true (apart from the buying and fielding) of your Attack Step, after blockers are declared. It’s also worth mentioning at this point that abilities containing the text “whenever you could use a Global Ability” may be activated (by either player) during these same two windows (assuming their corresponding die is in the Field)*.

(*The Collector has been specifically ruled to use the same windows, though it does not bear that text).

But if both players are able to do stuff in the same windows, how do we decide who goes first? Yep, you guessed it – Priority! I’m going to leave this to the new Avengers Infinity rulebook again, because I don’t think I can improve on the excellent explanation to be found therein:

Priority passes back and forth in this way until the inactive player passes without doing anything, and the active player chooses to do nothing further. At this point, the Main Step ends, unfielded characters go to the Used Pile, and the active player decides whether to attack. If they choose not to attack, they move to their Clean Up Step: neither player may use any more Global Abilities, unused Action Dice and all dice in Out of Play go to the Used Pile, and the turn ends.

If the active players does choose to attack, they initiate their attack step by declaring attackers.Their opponent responds by declaring blockers, and then the second window opens and Priority is passed back and forth again, exactly as in the Main Step. Again, once there is a sequence of active passes ► inactive declines to act and passes back ► active declines to act, the window closes, and the players move on to assigning and resolving damage (at which point only Reactive Globals may be used, if triggered). We can summarise all this in one pretty flow chart (adapted from one that was floating round Facebook a while back – thank you, anonymous hero!):

I hope I’ve done a decent job of pulling together information from various parts of the rulebook, expanding on it a little and providing some examples. If you’ve read and watched all three articles and videos, you should now have a pretty good idea of how to play the world’s greatest dice game. Don’t worry at all if some things are still a bit unclear, though – that’s absolutely normal! After you’ve had a nice cup of tea, I would highly recommend watching some gameplay videos on our YouTube channel, so that you can see the theory put into practice. But most of all, just get your dice out and start rolling! When questions arise (and they surely will), please don’t hesitate to ask for help – in the comments here or on YouTube, on the Dice Masters: Unlimited Facebook group or in the DM Discord channel.

Still to Come on How to Play Dice Masters…

Now we’ve covered the basics, future articles and videos will look at stuff like Ramp and the Point of Out of Play, Game Effects and the Queue, and Team Building. Till then, another little quiz: How does Out of Play make the first three of these cards even better than they might seem at first, and stop the fourth card being completely broken?

Next: 4. Ramp and Bag Manipulation 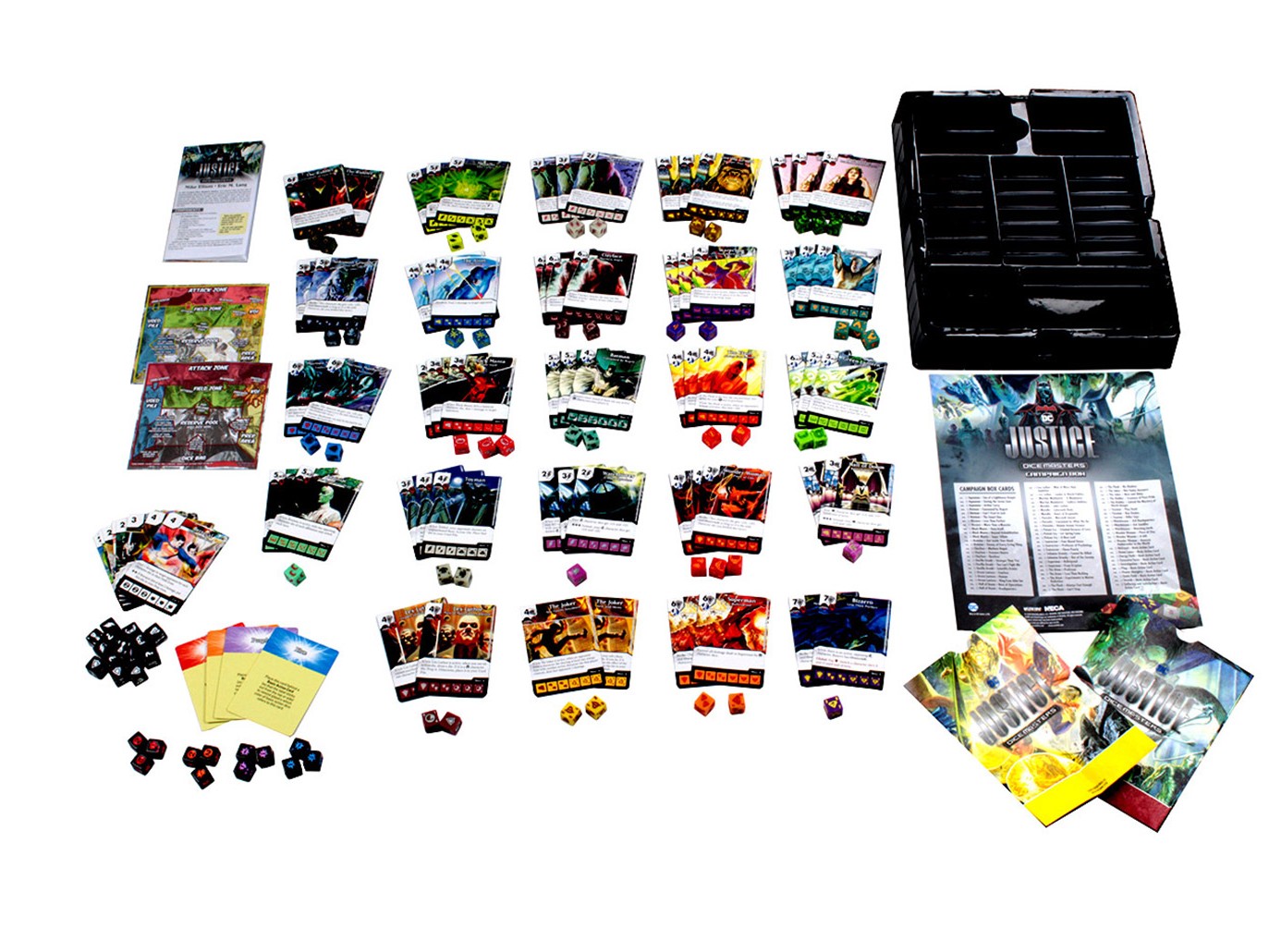 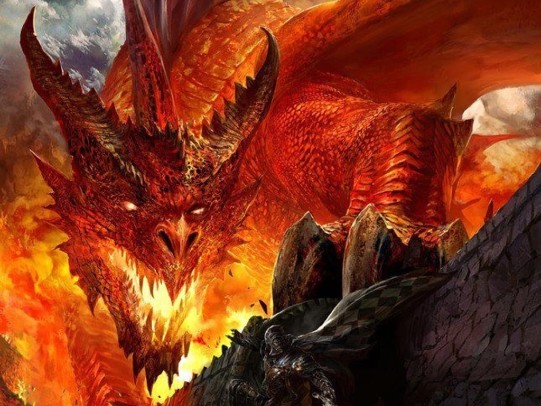 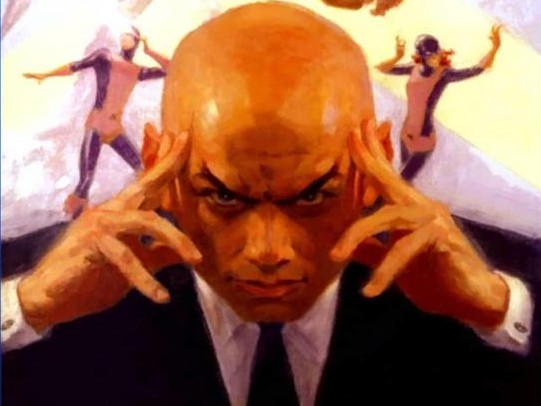