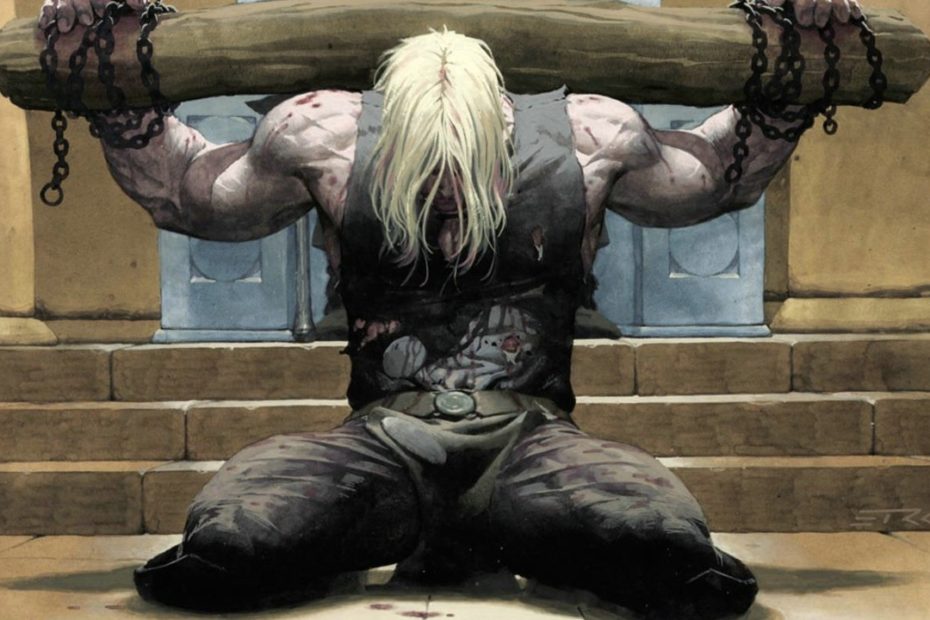 Blast from the Past time! In this new mini-series, James digs through his archives to resurrect the blogs he lost with the death of the Reserve Pool. This first part takes us back to November 2016 – James’s second big competitive event and the middle of Half-Elf Bard’s heyday.

Bard is a nasty piece of work. Oracle/Thief/Wizard/Hellblazer is a pretty oppressive control combo, and Imprisoned is a bit of a pig, too (as is Cloudkill, incidentally). The bottom line is, I played them because I wanted to win something, after my rather dismal performance in the last WKO. I can’t say that I regret it, but I do feel a little bit dirty 🙂

The Autumn WKO in Bratislava, Slovakia, was played in the ever-awesome ihrysko on 19th November. There were 14 players – turnout was lower than expected, partly due to the fact that there was an unfortunate timing clash with the Vienna Comic Con, just 60km away, and partly because some regulars were not keen on playing against a bunch of bards. But those 14 came from far and wide – neighbouring Hungary (200km), second city Kosice (400km) and even Israel, over 3000km away.

Despite the lower turnout (or perhaps because of it) the atmosphere was great, and even I (not exactly Mr Social) managed to have a lot of really nice chats. We had four rounds of swiss (40 minutes + 5 turns), followed by a cut to the top 8. The top 8 and top 4 matches were also 40+5, due to time constraints, with ties broken by life remaining. The final was a 50 min best of three match. This made for a long, but manageable day (10:00-19:00, with breaks), and Peter Cernak of ihrysko kept everything moving with his usual panache and a stream of shiny OPs and other participation prizes.

Predictably, the Bard Machine dominated, beating out a sprinkling of mask ring teams and a selection of more creative teams (featuring OP Apocalypse, Rare Bizarro, Wind Rider and FUS Beholder, amongst others):

All the top four had bard+imprisoned, heavily influenced by Michaela Kuba’s Springfield WKO team, and OG Ben Said Scott’s UK Nats team. Well, I know mine was, and I’m assuming the others were 🙂 In fact, all four shared a core of six characters and one BAC:

To this we added:

I’m not sure if Vlado and Balazs ever bought Batgirl or Mr Mxyzptlk. Interestingly, only one of the top 4 (and very few others) had PXG – ramp came from Resurrection, BEWD, Rip Hunter and/or your opponent 🙂

I played 4 games in Swiss and I think they were all against Bard, and three of them were mirror matches against the eventual 1st, 2nd and 4th places. Pretty gruelling. I came out 2:2 (beaten by Vlado and Balazs) and was happy to make the cut to the final 8. I beat a mask ring team in the last 8 – he bought two of my Imprisoned dice, but was kind enough to leave me one, and I was able to stay out of jail by knocking out my characters using his bewd, or by fabricating golems.

In the top 4, I again played a mirror match against Vlado, who again made excellent use of my Rip Hunter’s Chalkboard. We played the Imprisoned cat-and-mouse game for a good 40 minutes without finding lethal. At one point, I imprisoned his field, and thought I had him, but it turned out I could do only 18 damage, and if I’d swung (releasing his dice), he’d likely have wiped me out next turn, as he had a few more characters coming through.

There are a few ways to deal with Imprisoned – buy them all 🙂 or KO your fielded dice, as mentioned above, or have characters with high fielding costs, or use a taunt global, or field Breaker/Oni/Gnome Ranger. This last, incidentally, is all well and good, if your opponent doesn’t have Hellblazer fielded, because then you’ll need to field Breaker and Wizard at the same time *sigh*.

But there is one way of keeping your dice from being locked up which didn’t occur to me… attack unblocked! Being somewhat cannier than I, Vlado had, during our semi-final, sent a couple of attacks into my empty field. So, when we went to turns, I realised (a little late in the day, but, in my defence, I hadn’t eaten since breakfast) that if the stalemate remained, I would lose on life (11-20).

On the fourth of five turns, we both had more or less lethal fields with 4 or 5 characters. I had five dice in my bag – Polymorph, Imprisoned, Clay Golem and two sidekicks. I just needed to draw and roll the Imprisoned – (4/5)*(3/4)=60%, decent odds, right? But it was not to be – the one die that remained in my bag at the end of the day was a pink Imprisoned die. Since I had no way of doing 10 damage, Vlado had won, and deservedly so. He’d been such a gentleman to play against that I almost didn’t mind 🙂

Vlado went on to beat Balazs in the final, and I played Peter for 3rd/4th (happily, the Fellowship was won by Benny, one of the long-travelling Israeli guys). By the end of the day, I’d played 7 games, six of which were bard control vs bard control, and five of which were Imprisoned vs Imprisoned. I was shattered! I’d had an awesome time, played some great games, met a lot of nice people and won a bunch of nice shiny foils 🙂 And I was definitely ready to get back to my wife and daughter (a big DM fan) 🙂

I enjoyed all the games I played. Bard control is quite fun in its way – the games were tactical and chess-like, and seldom a foregone conclusion. Also, the new first turn rule seems to help nerf uninteractive T3/4 kills, like VS, Front Line and maybe Bard Rush, which is a relief. I’m not sure it makes such a difference to longer games like Imprisoned vs Imprisoned (or maybe it was the lack of PXG…), but it does seem to give the person who wins the toss/roll a genuine decision to make about whether to go first. You don’t really want to start Bard control with 2 fists and a sidekick!

But as fun as it was, there was clearly a lack of variety in the top 4. Those teams (independently put together in three different places) had six cards in common, so it might seem unfair to single one out. You see where this is going… Surely, banning/errata-ing the bard would help to inject more creativity into teams, at least in terms of win conditions? This, in turn, might entice back to the game those people who have been turned off by the bardiness. And, on a personal note, it would alleviate the conflict I feel between wanting to win and not wanting to bard. Or maybe I just need to be confident and imaginative enough to turn my back on the bard. I will keep trying.

In the end, though, it was just really nice to play so much Dice Masters! I live in Kosice, the second city of Slovakia, and drove 400km to the event, dragging my long-suffering wife and daughter with me (though they did enjoy IKEA). It seems like DM has been falling apart a bit in Kosice lately (in terms of attendance), and it was tough to get in much practice before the tournament (I’m a little nervous about playing online). But I’ve returned home more determined than ever to help keep the community together, because I really do love this game!

Special thanks to Peter for the event, Shaman for the company, Michaela Kuba for the advice, Dano and Izzy for the practice, and Dagmar for the patience.

This blog first appeared on 21/11/16 on http://www.thereservepool.com/entries/755-WKO-Results-Bratislava-Slovakia-19-11-16 (sadly, no longer reachable)